We stood weeping at our kitchen counter, my husband and I.

A simple comment I made, brought us to our knees.

It's funny how grief hides in out of the way places.
Then pops out through words when least expected.

I had been thinking of my son, Joshua a lot...  Before cancer.

I sat and watched the DVD's.  The documentation of WHO he was.

His personality.  His essence.

He is NOT the same kid.
Even if I try to convince myself he is or he's close to what he would have been.

I KNOW he is NOT.

We have an exchange student living with us.
Only during our warm, romantic, beautiful July.
His name is Mikel.  He's from Spain.

It took me only two days to fall in love with him.
He's sweet.  Very kind.  Helpful.  Thoughtful and NOT afraid to deal with the hard stuff, though from what I can tell, his life has not been difficult.

I chose to get Mikel, after much prayer and thought KNOWING the inconveniences.
I did it for Josh.

Here would be a boy, an older boy, who Josh would need to HOST.  A boy who could get my Josh up off of his butt.  A boy who liked sports and activities and life and fun and laughter.
This is what Josh needed.

And it worked out JUST as I had planned.
By God's Grace!

And one morning, while Mikel was in his activity with Josh, Don commented how Mikel reminded him of himself at that age.

Yes, I said.  I can see how much Mikel was like you.  And Josh WOULD HAVE been too...if NOT for cancer.

Josh was SO LIKE his father at birth in many way...until his diagnosis.
A carbon copy in looks and temperament...until treatment.

But no more.
Cancer took that away.
His temperament, anyway...

One more thing for us to grieve.
Josh is NOT who he would have been...

Wrap that one around your brain!

Once that chemo entered his body...
Once that radiation melted his throat, his trachea, and damaged his thyroid... he was NEVER the same.

We battle so many things with him...daily.

But Josh's father and I continue to pray, talk, strategically plan for the best for our son.

And I continue to remind myself...it's not good to focus on the "what ifs"...

What if...Joshua had NEVER had caner...

The fact is...HE DID HAVE CANCER...and this is where we are. 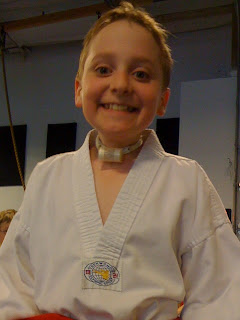 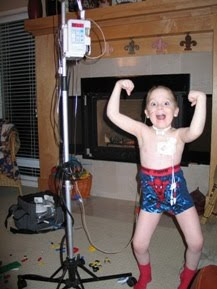 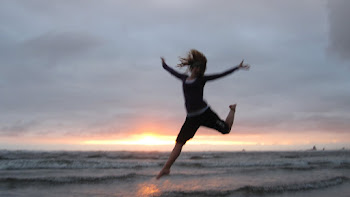